Blogging, posting and a retweet from Nigella!

This post was written by admin on March 19, 2016 No Comments

Starting up a business:

The last time I started up a business I was just 24, I was basically a child but desperate to make my mark in the business world.  The company was not related to anything I was passionate about, but it was where my knowledge from previous jobs had led me (if only my previous jobs had been in makeup, haircare or anything to do with being super skinny – then my first business would have been more exciting) . No, it was in floor coverings!  Not even designer floors, just hospital refurbishments or worse still, a carpet tile order for a back street office.

Back then, I knew nothing about social media, Facebook, Twitter, Instagram…did they even exist back then? Using the internet was only for registering my company on Yell.com and finding customers.  I worked in that business for 10 years, but dreamed of having a business that related to something I was passionate about.  (I just didn’t know what that was at 24)

Over the last 6 years I have used social media on a very basic level, posting drunken selfies or updating my status with something silly my son has said or done on Facebook.  I had tried Twitter but could never understand why people I had never met, were following me, especially when I had no clue how to tweet so never did (and still strangers followed me). I had no clue.

Setting up a new business these days is completely different to back when I was 24.  It’s all about exposure and using social media as a platform to market your company to as many people as possible, so I needed to make friends with Twitter.

My boyfriend is up to speed with social media and has given so much advice. He said to me a few weeks ago… it would be a good idea to start writing blogs (I had to google what he meant). I think even my 8 year old son is more tech savvy than me!

So as you can see I have started writing blogs, and also using Twitter.  Every time my phone bleeps to tell me I have another follower on Twitter I get so excited. Gone are the days of wishing people would stop following me – now I crave it, oh how times have changed.

So I’m blogging and tweeting and posting on Facebook and it all got very exciting on Friday night.  Nigella Lawson was on Twitter explaining to someone what a Ginger Nut was, she said it was a biscuit or like a cookie… So we replied with photo of Nigella, but gave her a crazy Ginger hair style (see above) and said “This is also a Ginger Nut” sometime later Nigella re-tweeted the photo saying… I like the idea @trendinghairuk – Have made it even more vibrant! Of course then my phone went crazy all night with people re tweeting, it was so exciting and my website got more hits than any other day so far.

I have so much more to learn with social media, online marketing, and blogs but I am really enjoying learning this new way of starting up a business, I can’t wait to see it grow into something amazing! 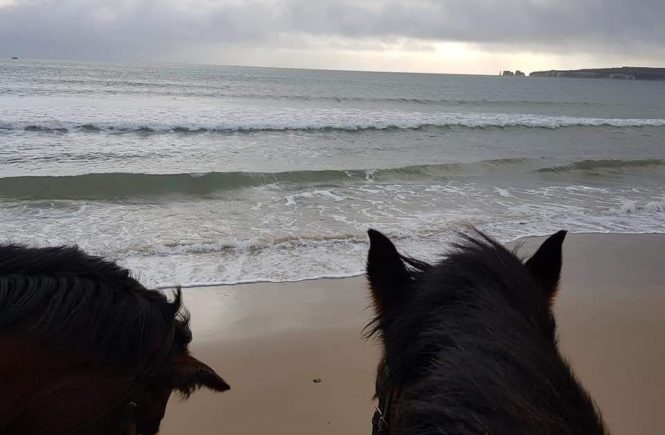 Adding thickness and a little length